Born in 1966, Marcelo started to work with photography as a freelancer for Brazilian and international press agencies through the French agency SIPA Press in 1996.

His work has been focused mainly in the cultural field. He develops signature photography courses and workshops for the São Paulo Museum of Modern Art and supervises photographers in study groups to develop personal projects. He also coordinates and edits the work of many photographers for exhibitions in local and international events.

In his signature work, the universe of women was his initial focus. For years, he took a series of photographs of Brazilian stage actresses and exhibited them in São Paulo and Santos, in Brazil, and, at the end of 2001, in Portugal.

The Intimate project, Intimate Light, dealt with a metaphor about the female universe, was exhibited at the Pinacoteca do Estado in 2002 and as a result of this work, received a scholarship from the Portuguese Center of Photography to carry out a parallel.

This material was exposed in 2005 in São Paulo. From 2005 the artist returns his look to contemporary urban life. The first result of this new research was exposed in Germany in 2006 under the title Wild Silence. In 2010 he published the book / portfolio Mixed Times with texts by the artist Sergio Fingermann. This work was exposed in São Paulo and Rio de Janeiro.

Since then he has worked on a series of visual narratives that bring the lived experience into illusory biographies, thus building a relationship between fiction and reality throughout history. Within these projects Internal Affair – 2013, Shadows Dry – 2015 and now the stage Shelter in the mourning process. The books already published in this series have been selected to be part of the Library of Congress – USA.

He was general curator of the Photography Festival ‘Paraty em Foco’ 2008.

In 2009 he created Schoeler Editions, an editorial house focused on the Fine Art market.

Creates limited edition books and portfolios signed by the artist.

Since 2012 develops a project of cultural exchanges and artistic residences. He held with the Rietveld Academy of Art, Amsterdam where, along with Leo Divendal, he taught a course for 30 students, including 15 Brazilians and 15 Europeans and Asians. In 2014 he promoted two artistic residencies for a group of students with Leo Divendal and with Machiel Botman in Amsterdam and Harlem.

Currently participating in the project Lance Ventoux Mission, which aims to develop a cultural and artistic exchange between Brazil and France in the Provence region. 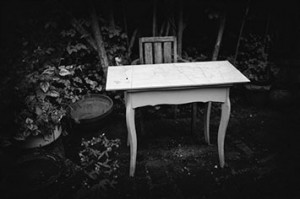 Comunicar para não esquecer (Communicate so as not to forget).